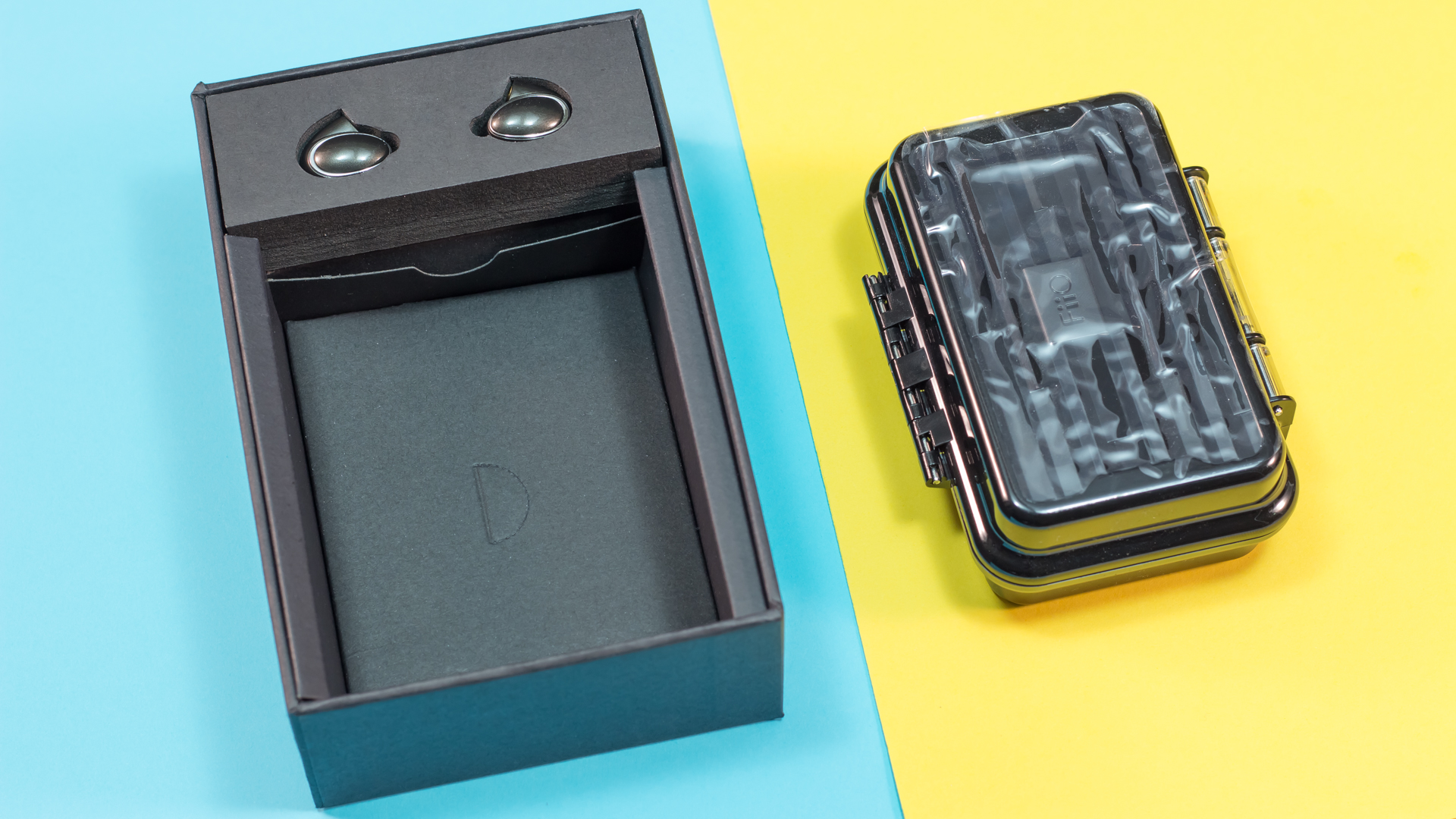 The FH1’s packaging is quintessential of Fiio. A large image of the FH1 (in blue) is splashed across the front along with the Knowles logo to hint at the Knowles 33518 BA driver employed in the FH1. 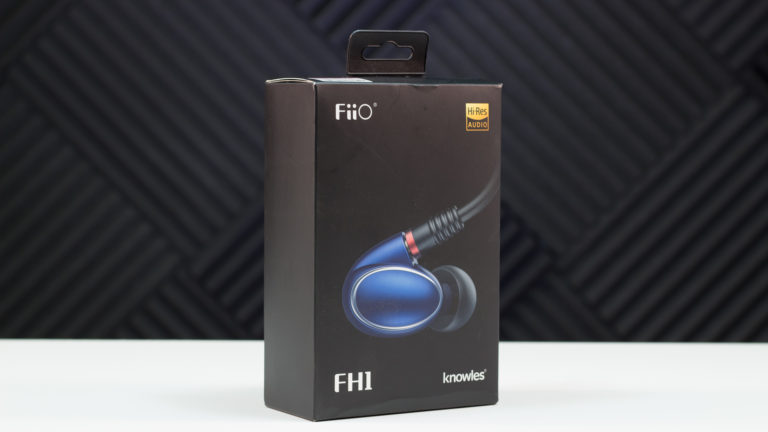 What's in the box?

As we’ve come to expect, Fiio has included an HB1 waterproof case, as well as a number of various eartips. A total of  pairs of silicone eartips are included, which are of various styles and sizes. However, even if you can’t find the right fit, the FH1’s nozzle can accommodate the use of various 3rd party eartips.Fiio are quite invested in the whole “balanced” game, and as such the norm has been for them to include both a 3.5mm single ended cable as well as a 2.5mm balanced cable with the earphones. Fans of the balanced architecture will be glad to know that Fiio has not skimped out on the FH1 in this regard. 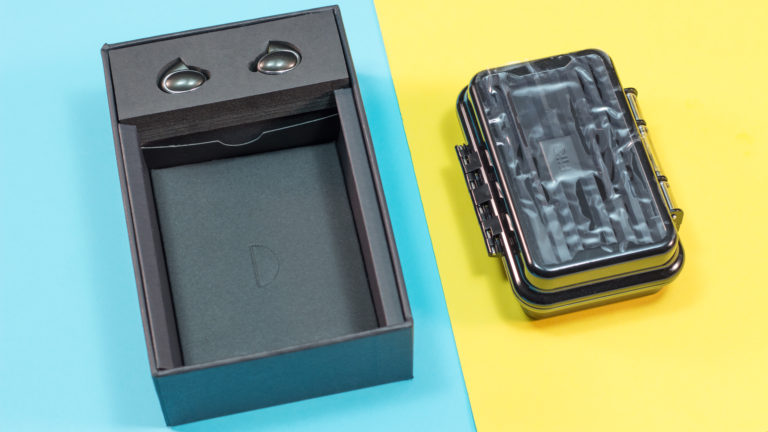 In terms of design, the actual shape of the FH1 is nearly identical to that of the F9-series. The only noticeable differences are that the F9-series has the “ripple” design on the housing, whereas the look of the FH1’s housing is supposed to somewhat mimic an eye, according to Fiio.Another change is that the FH1 has a brass nozzle. This is,apparently, not just a design choice, but it actually a completely functional design which plays a big part in the tuning of the FH1. You see, instead of mounting the BA driver inside the actual shell, Fiio has gone ahead and mounted it inside the actual nozzle. 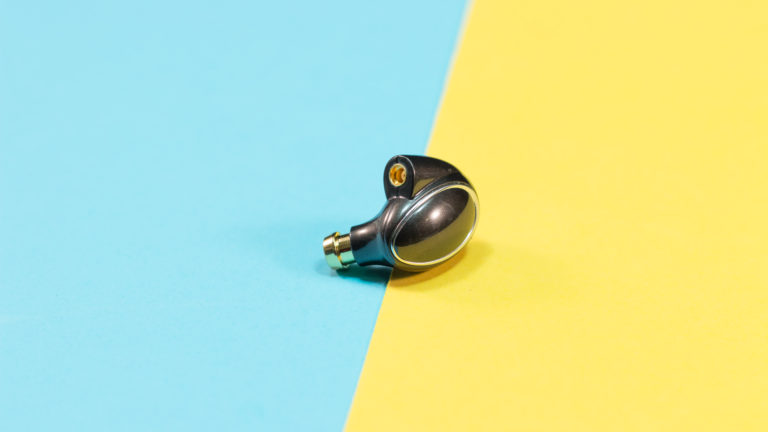 One design element has been carried over to the FH1 from the F9 Pro, and that’s in the form of red and blue markers on the shell to indicate which side is left and which is right. These correspond with the coloured rings on the housings of the MMCX connectors on the cables. 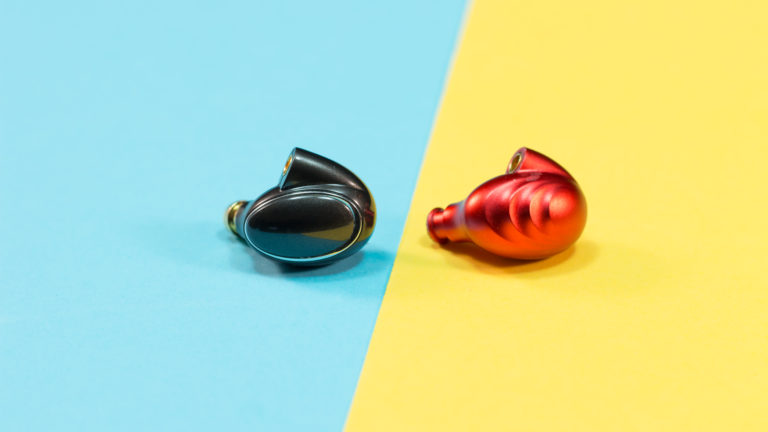 One aspect of the design of the F9-series is just how darn well Fiio were able to create an exceptionally ergonomic shape for the housing. As a result the F9-series is extremely comfortable and can easily be worn for hours on end.The FH1, on the other hand, is perhaps even more comfy than that. Yes, it’s got the same overall shape, but perhaps because the FH1’s housing is made of plastic rather than metal, the reduced weight certainly does seem to aid in a more comfortable and effortless fit.

Of course one thing that many people would want to know is not only what the FH1’s sonic character is like, but perhaps more importantly is how it compares to the regular F9. 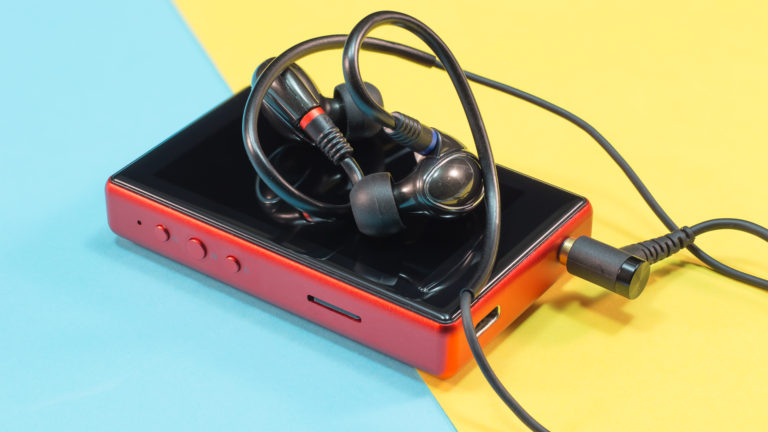 Overall the FH1 has a more agreeable signature. I suspect that more people would like the FH1’s sound over that of the F9-series.The thing with both the F9 and F9 Pro is that sharp treble spike in the treble area. Unless you use an EQ to get rid of it, it can become quite fatiguing quite quickly.In fact, judging from frequency response graphs posted online, you could argue that the FH1 actually has a more balanced signature than both the regular F9 and that of the F9 Pro. however, that’s not to say that it has a “flat” response – it’s still got a slight v-shape response – but it’s got a balanced signature with some added warmth. It’s pretty smooth, and enjoyable. So much so that, for everyday listening, I personally enjoy the sound of the FH1 more than that of the the entire F9-series. Sure, both F9 models do have a more apparent detail retrieval in the top end, but that aspect simply comes down to how those details are portrayed, rather than saying that they’re able to grab details that somehow go missing on the FH1. They’re there, just not quite so “in your face”.

The bottom end is definitely boosted quite a bit more than in the F9-series, reaching in deep and hitting pretty hard. But when we consider sheer fidelity, then perhaps the low end is boosted just a little bit too much, which means that the bass area can bleed into the mids just a tad.

When it comes to value, Fiio honestly is a super strong contended in the world of portable Hi-Fi products. Generally speaking, their DAPs hold good bang-for-buck value, but their IEMs perhaps even more so.Honestly for the $75 asking price of the FH1, it’s an absolute steal of a deal. It would be really interesting to see what the result would be if Fiio could create an IEM that sat (signature-wise) between the FH1 and F9-series. If they could make something that got rid of the treble spike of the F9-series, and tightened up the bass of the FH1, they’d be on to a real winner. But, until then, the FH1 is Fiio’s true star, in my opinion.

The TECH MERIT rating system is designed to take as many aspects of the device into account as possible. As such, we have a basic rating, as well as a final rating. The basic rating rates the product purely as a high quality portable audio device, and is generally a good indicator of how it stacks up to its rivals in terms of standard features and specs. The final rating, however, grants bonus points for any extra features and specs that aren’t quite as common, and is a great way to judge the product as a complete package.